Recently, I (a Kenyan young man) was discussing with my sister the subject of village women and firewood. I was rather intrigued with her view on the topic:

” I believe for an African woman to be wise and complete, she must understand the value of wood, because wood determines her worthiness in the community and defines her role and strength as a woman. Any woman that overlooks wood,  she is not a real woman; that is violation of ancient African wisdom and natural laws.”

These powerful words of my sister changed my perspective on the importance and the role of wood in African communities. Though I’m not sure I fully understand it, I can’t argue with the fact that wood is a very central subject in African women’s daily life.

In ancient African villages, and even still in our modern villages, the value of a woman was highly based on her ability and skill in collecting firewood and fetching water; these are the core of true womanhood. Those who were skilled in these arts and undertook the duty heroically were considered  prudent and talented. It was a sign of prudence for a woman to know how to keep her firewood rack full during all seasons of the year. And talent? You’ll know what I mean when you try to carry a bundle of firewood on your head!

Since in African traditions it was the responsibility of the elder to choose life-time marriage partners for the young people, their wisdom was not solely based on appearance. A careful reading of Proverbs 31 likewise shows the value of a wise and strong, hard-working woman in the ancient Hebrew culture. A woman’s value and worthiness were not based on her beauty and charms, but rather on her practical skills and abilities. Though modern times have changed some things, collecting water and wood are still necessities for most women in African villages. It is still a sign of discernment for a man to choose his future wife based on her abilities in these areas of vocation. Young girls who learn this well are usually the first to be noticed by suitors.

A woman’s options for lighting fire are many in these modern times, but firewood is the most available natural resource and relatively easy to obtain. Is the task easy and enjoyable? Personally, I don’t think so, looking at the distance these women have to cover in searching for firewood, especially in places of deforestation. On average, it will take a woman at least five to six hours in a day to collect enough wood to last the next two or three days. Those who are unable to go and fetch wood (either because of scarcity of wood, poor health, or time constraints)  do have the option of buying firewood. Enough firewood for one week, sold in small pieces, will cost  at least 200 shillings (about $2). That doesn’t seem like a lot until you think about 200 shillings being a full day’s wage for most villagers. In American terms: a yearly salary of $40,000 per year breaks down to about $110 per day. Can you imagine spending $110 per week on propane or electricity to fire your stove? The “time is money” paradigm is the reason why African Mamas, if they are able, spend so many hours collecting the free firewood that is available from various sources. 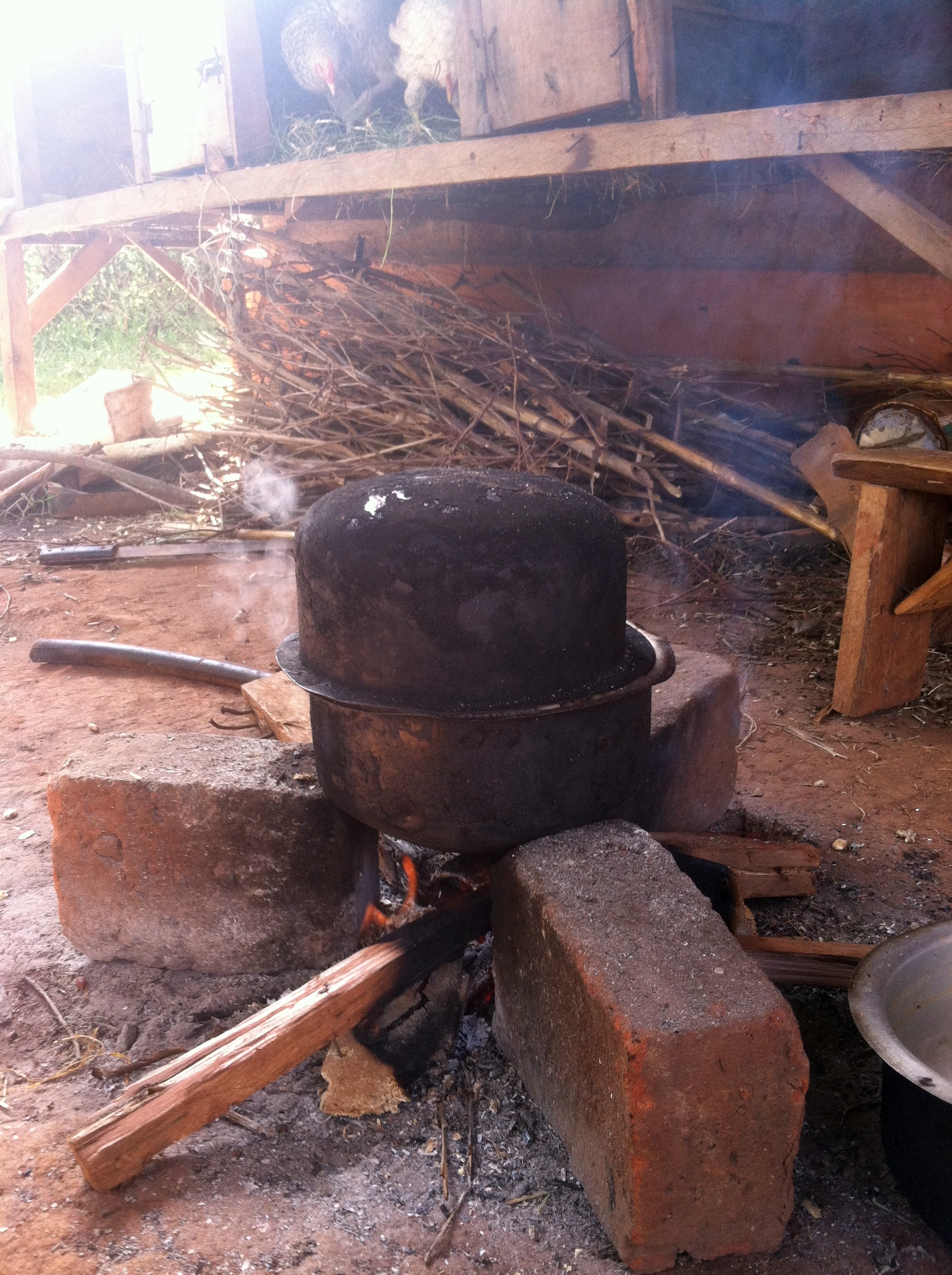 The task of collecting wood is not the only labor; after coming home, the wood must be arranged and stored in neat piles, often in the mud kitchens,  as  it dries slowly. When the wood is dry enough to burn, large pieces must be cut with an axe and long sticks broken into manageable pieces. Mamas make a traditional meko using three stones (shown in the picture) or a more advanced one made of bricks and mud. Keeping a fire lit under the meko would be difficult for those used to cooking on an electric stove, but these Mamas are practiced at pushing sticks slowly into the fire and breathing dying embers to life.

Carrying firewood is not for the lazy nor indolent, and success in the endeavor belongs to the most industrious and intelligent Mama. She must know the best sources for gathering wood, have the courage to foray through forested areas, and strength and balance to return home with large bundles of wood atop her head. Today’s generation of educated young women view firewood collecting as something for more primitive peoples or for times past, but to the true traditionalist and to conservatives like my sister, it remains their sacred and noble role in the community, the visible evidence of their true beauty and strength. 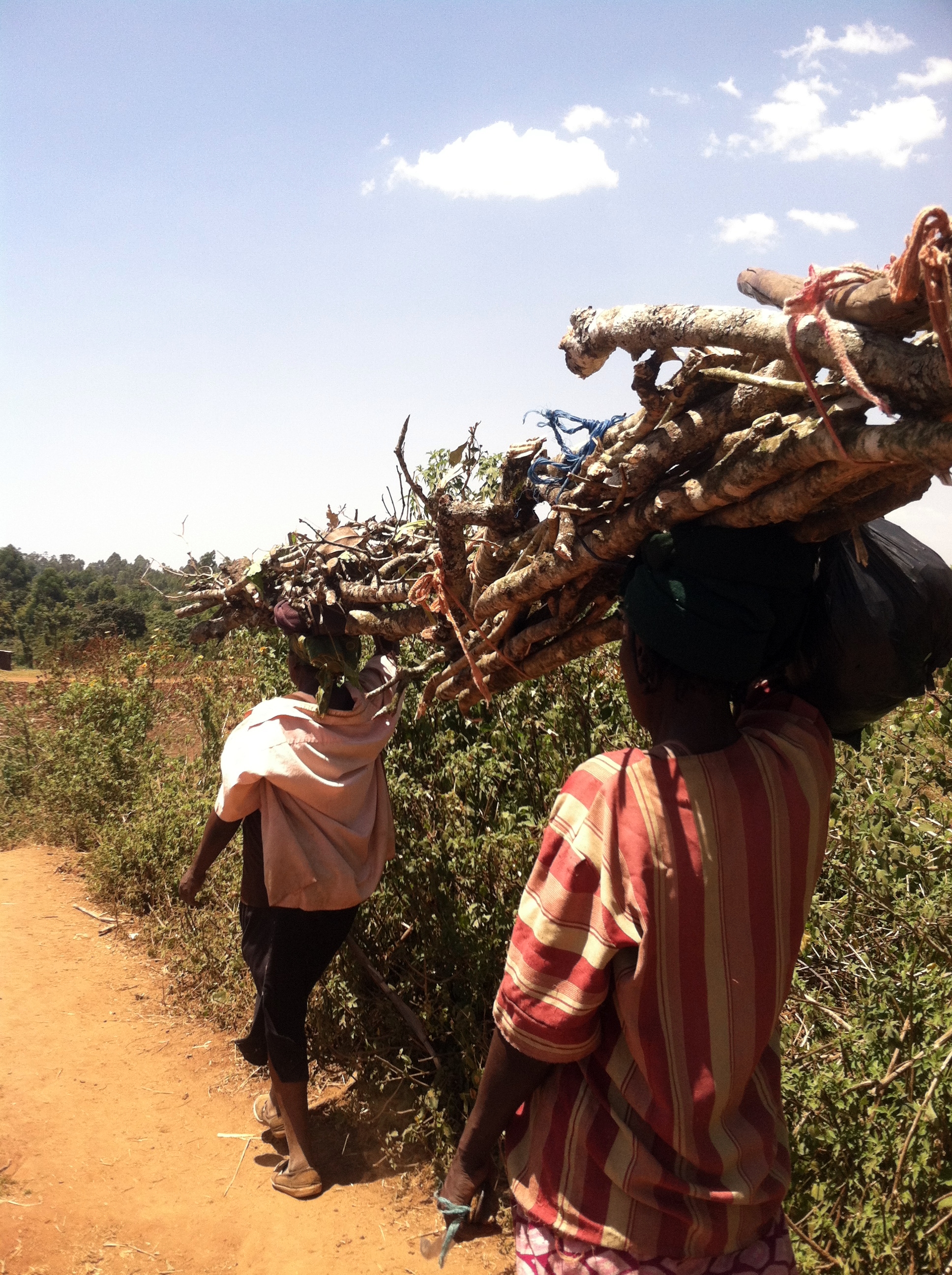